Introducing the country of France

The currency of France is the Euro.

The geography of France includes an area that is mostly covered by flat plains or low hills in the north and west and sometimes mountains in the south and east. France is the third largest country on the European continent, after Russia and Ukraine, with neighboring countries such as the United Kingdom, Germany, Spain, Italy, Switzerland and Belgium.
The French Republic is located in Western Europe. It also has territories and islands between the seas and in other parts of the world that are ruled under the French flag. It stretches from the north to the North Sea and the English Channel, and from the south to the Mediterranean Sea, from one side to the great Rhine River, and from the other side to the Pacific Ocean.
France is known as one of the world’s top powers and has been one of Europe’s most important economic and cultural centers for hundreds of years.
In general, the French climate has cold winters and mild summers. But near the Mediterranean coast there are not so cold winters and sometimes mild winters and very hot summers. 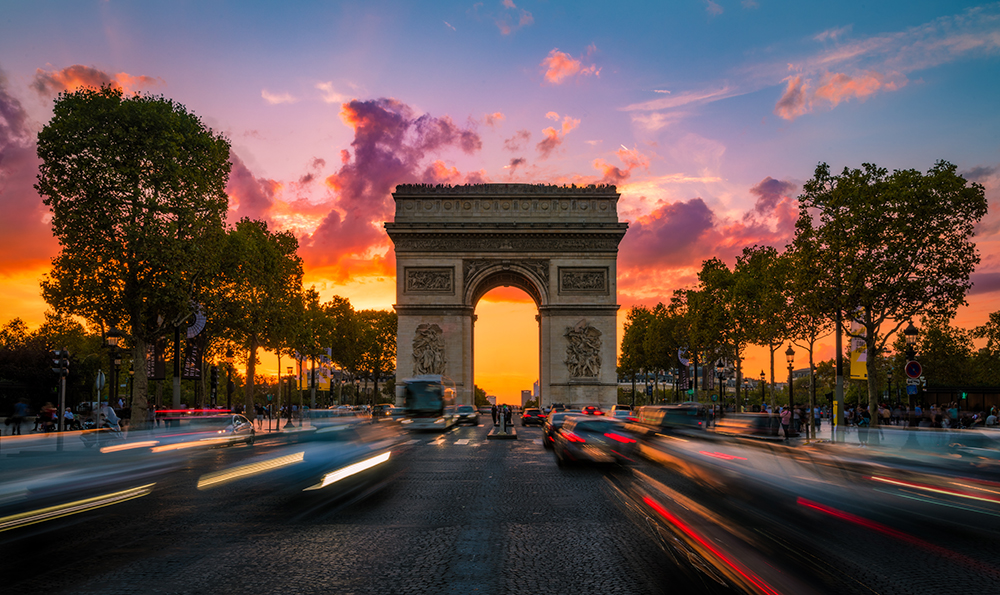 France has a long history. According to the State Department, it is one of the oldest countries in continental Europe to form an organized government. According to historical books, in the seventeenth century, this country was one of the most powerful countries in Europe.
In modern times, since the time of General de Gaulle and his resignation, France has seen a number of leaders, and its recent presidents have established strong ties with the European Union. It is one of the six most powerful founding members of the European Union. 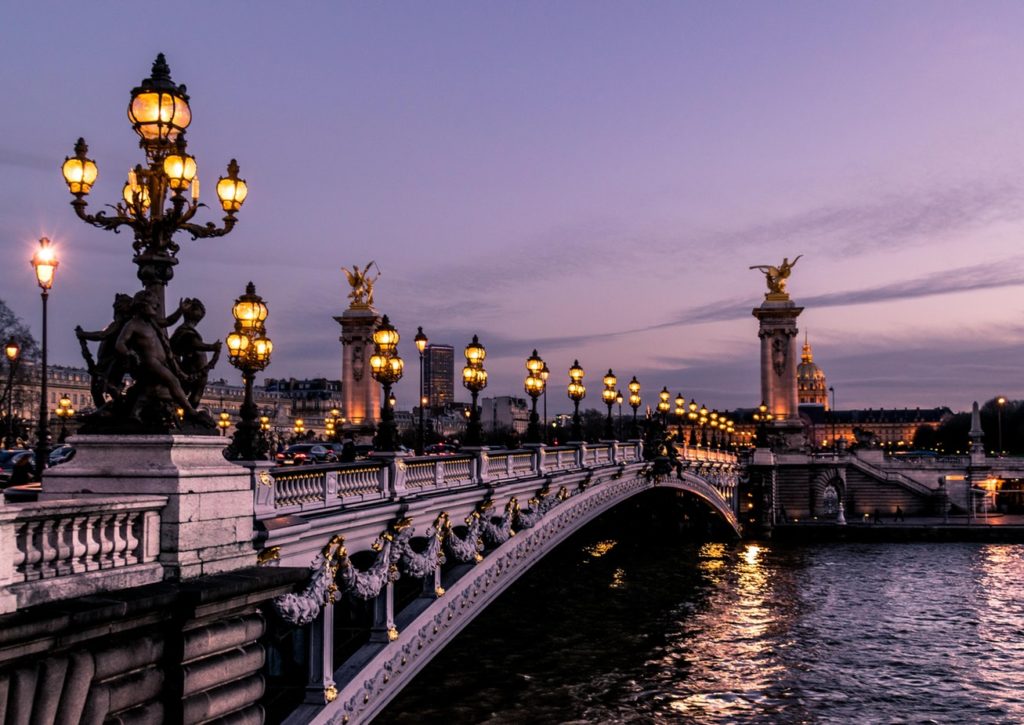 Economy and Land Use in France

France has a long history. According to the State Department, it is one of the oldest countries in continental Europe to form an organized government. According to historical books, in the seventeenth century, this country was one of the most powerful countries in Europe.
In modern times, since the time of General de Gaulle and his resignation, France has seen a number of leaders, and its recent presidents have established strong ties with the European Union. It is one of the six most powerful founding members of the European Union. 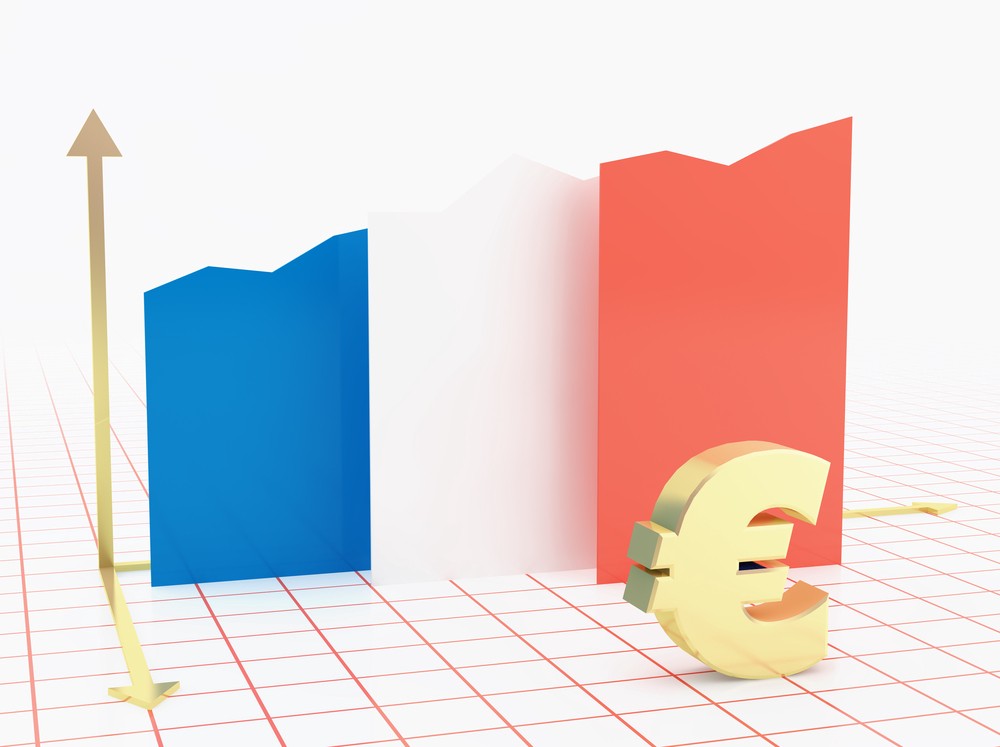 The place of culture in France

To most people around the world, whenever there is talk of culture in France, they immediately link it to the beautiful and spectacular city of Paris. A city that is considered the center of fashion, food, art and ancient architecture. But if you live outside the city of bright lights, you will find that you have experienced something much, much different than in Paris.
From a historical point of view, French culture is influenced by Gallo-Roman and Celtic cultures; Just like the Germanic and Frankish tribes. France was originally known as the Rhineland in western Germany, but later returned to a territory known as Flower in the Iron Age and Roman times. 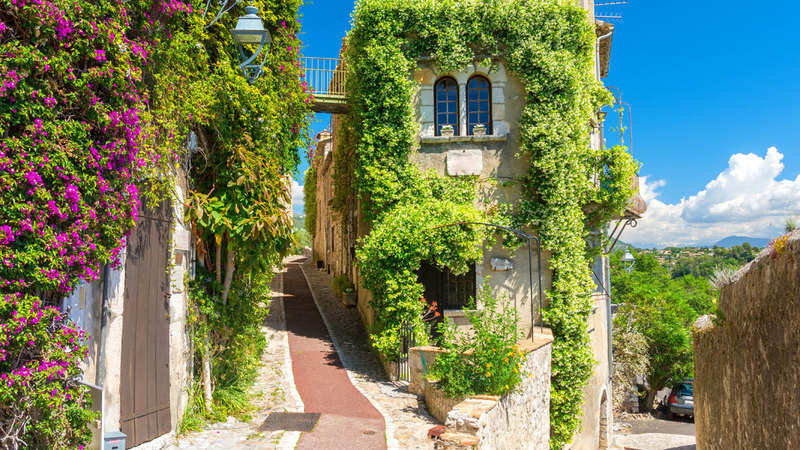 It should be noted that Catholicism is the official religion of most French people. According to a poll by the French Institute of Public Opinion (IFOP), 64% (sixty-four percent) of the country’s population identifies as Roman Catholic; That’s about forty-two million people in France. Other religions in this country should be considered Islam, Buddhism and Judaism. According to CIA documents. O published, something about twenty-three to twenty-eight percent of French people do not believe in anything and are considered Ladik. 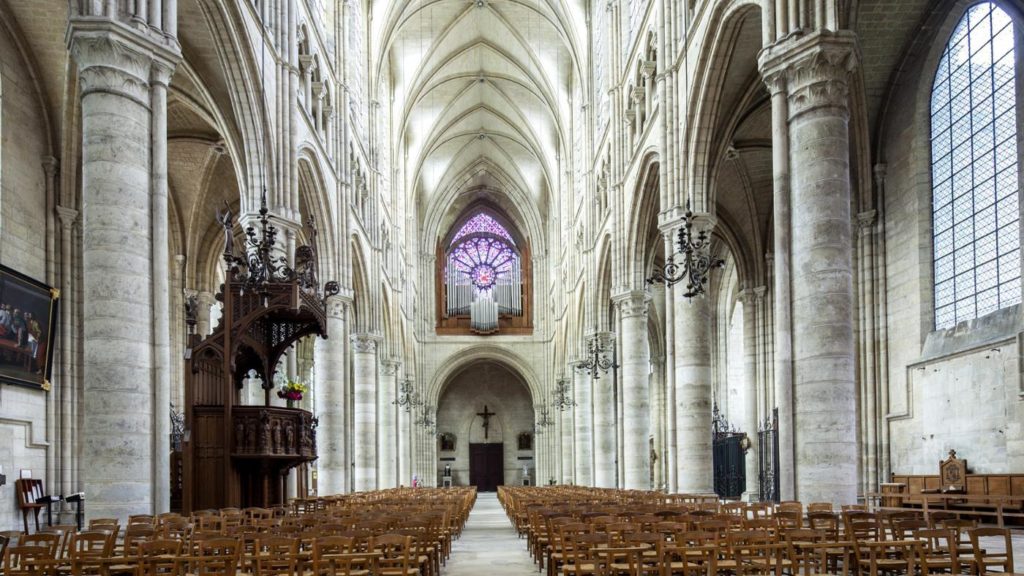 From generation to generation, the French are very proud of their nation and government, and usually hate negative comments and any criticism about their country, calling it an insult. It is interesting to know that tourists, especially Americans, consider this kind of view and attitude of the French as a kind of rudeness and rudeness.
The French have a strong belief in equality, and this is part of their country’s motto: “Freedom; equality; brotherhood.” According to many, the French value equality more than brotherhood and freedom. 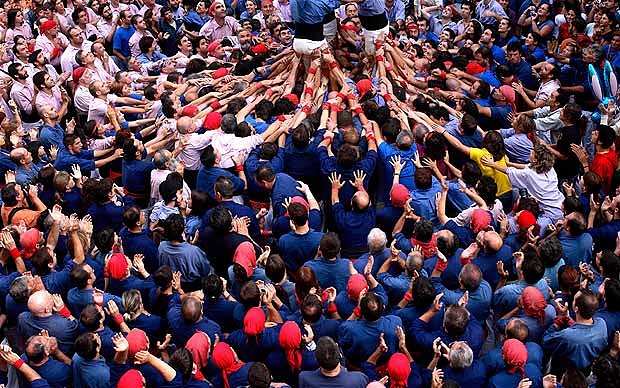 In general, everyone knows Paris as a city that is considered the end of fashion. Brands such as Dior, Hermes and Chanel have all sprung up in this city. Most French people are interested in wearing clothes with intricate designs and specialized stitching while maintaining the fashion and style of the day, which does not seem too silly. You can see ordinary people’s clothes in the street in the form of stylish and simple women’s clothes, neat men’s suits, coats or sometimes long coats and even scarves and hats. 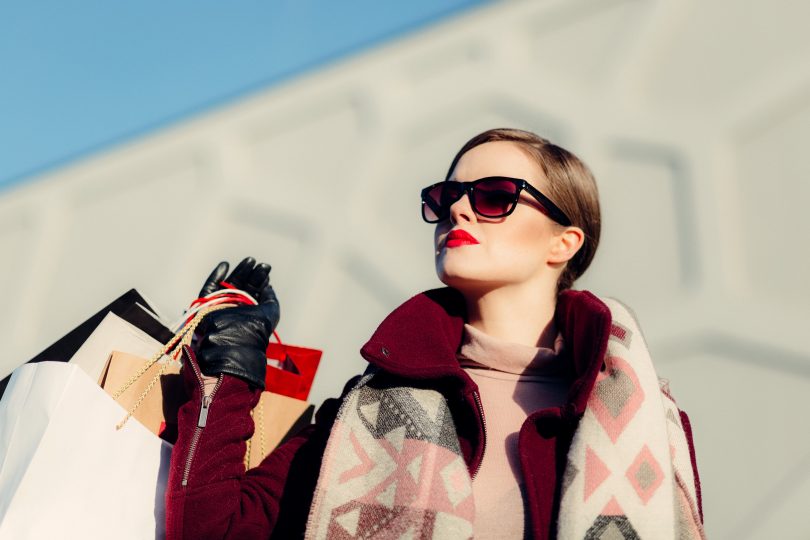 If you travel to France, you will see art everywhere in this country; Especially in Paris and other major cities of the country, you will find remnants of Gothic, Rococo Romance and Neoclassical art in many churches and public buildings in cities. Many famous historical artists, such as Claude Monte, Edgar Degas, and Camille Pissarro, sought inspiration in Paris and gave the Impressionist movement a boost. The Louvre Museum in Paris is one of the most famous works of art in the world. Works such as the Mona Lisa and Venus de Milo. 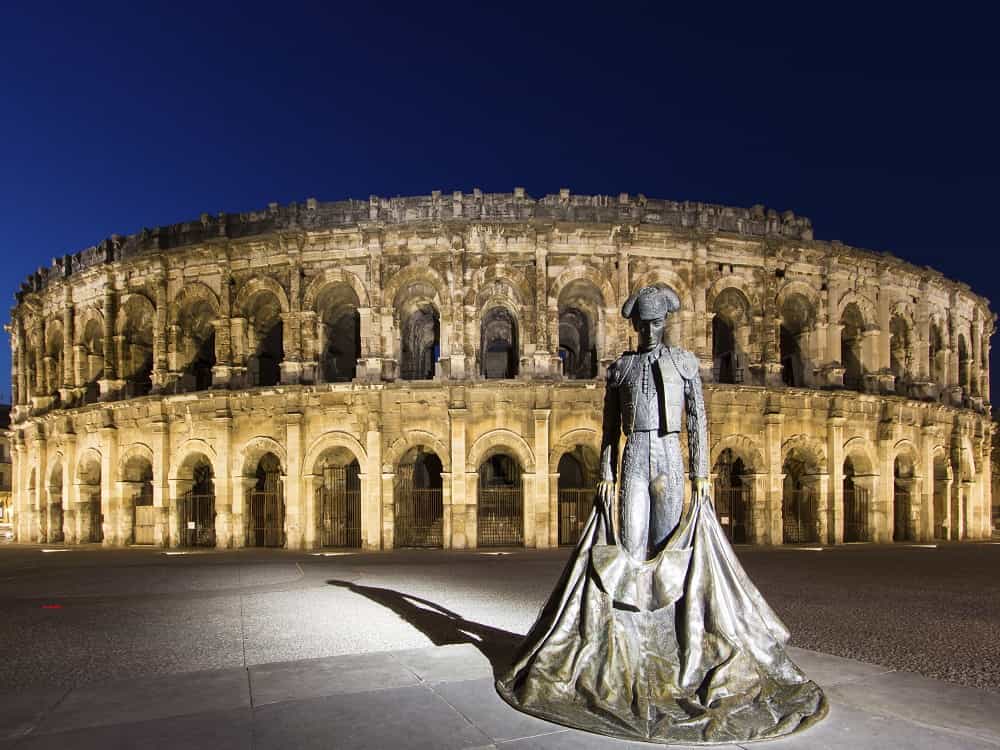 Cost of living and average monthly income in France

In general, the average monthly income that a person can have in France is about 5070 euros. A technical technician, for example, can expect to earn more than € 5,500 a month. Consumption of one meal in a medium-sized restaurant with three servings for two people costs approximately 55 euros. If they order a one and a half liter bottle of water, it will cost less than one euro. The cost of renting a three-bedroom apartment in the city center is approximately one thousand three hundred euros, while the same apartment outside the city costs less than one thousand euros. 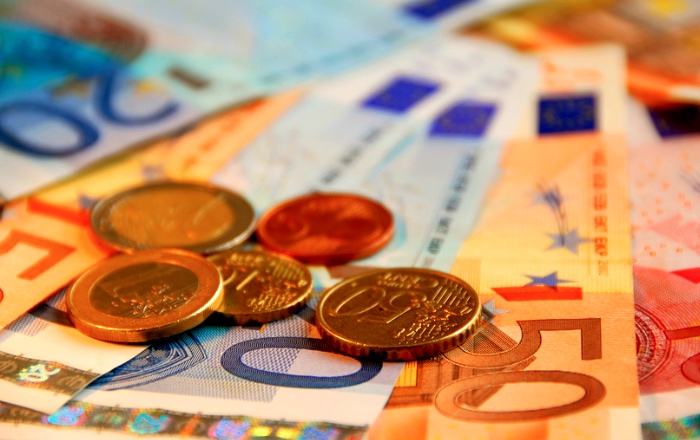 At all levels of socio-economic life, French food and drink have maintained their central position and nothing has yet been able to compete with it. In this country, it has always been the custom to hold many social gatherings and parties for long dinners. While cooking styles have changed dramatically to reduce costs, many in France still favor heavy and lavish cuisine with a host of sauces and sophisticated recipes.
It is not bad to remind one point here. Contrary to many people’s beliefs, French fries are not a French-made dish, but have their roots in Belgium or Spain.

* Not bad to know: The French have a special view on food and its consumption. They eat two to three meals a day, but long and well and with great pleasure. A French meal has four stages !! Hey, they eat and talk, and it’s time for midnight until the dessert comes. They enjoy the food they provide and talk about it and how they cook and the doctor throughout their meal.

* Not bad to know: In France, supermarkets have a legal ban on disposing of unsold food. In 2016, it was the first country to issue such a law. Accordingly, all shops, bazaars and supermarkets are forced to donate their food and groceries that have not been sold and are still expired, to charities or food banks. There is also a policy that requires schools to educate students about food sustainability. Companies are required to disclose their food waste statistics every year, and restaurants are forced to make the outside container available to their customers.

Celebrations, holidays and vacations in France

The French, like most countries, celebrate Christmas, Christmas and Easter. They also celebrate May Day as Labor Day.
Victory Day in Europe on the eighth day of May is also a day to commemorate the end of the conflicts in Europe in World War II. The French celebrate Bastille Day on the 14th of July. History says that on this day the Bastille Castle in Paris was severely attacked by revolutionaries, which marks the beginning of the French Revolution.
Not bad to know: Paris, the capital of France, also known as the city of love, offers many places of interest and attractions to visitors; Such as the Eiffel Tower, the Louvre Museum, the beautiful Seine River and Notre Dame, which are just a few examples. A few kilometers away is the magnificent palace of Versailles, which was once the residence of the King of France.
The French Cycling Tour, first launched in 1903, is one of the most important cycling races in the world.
The region of Provence is also famous for its beautiful and relaxing fields of lavender and olive trees, which welcomes many tourists from all over the world every year. 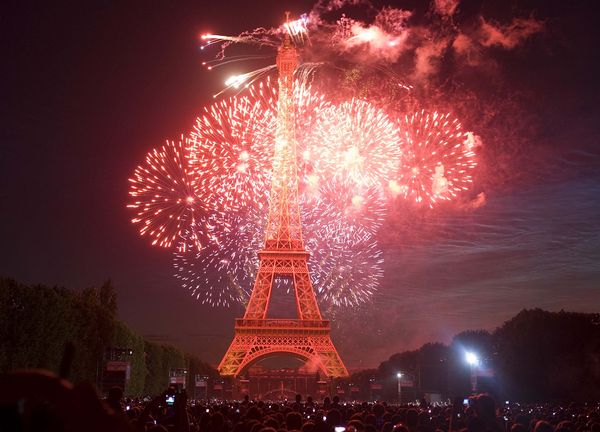 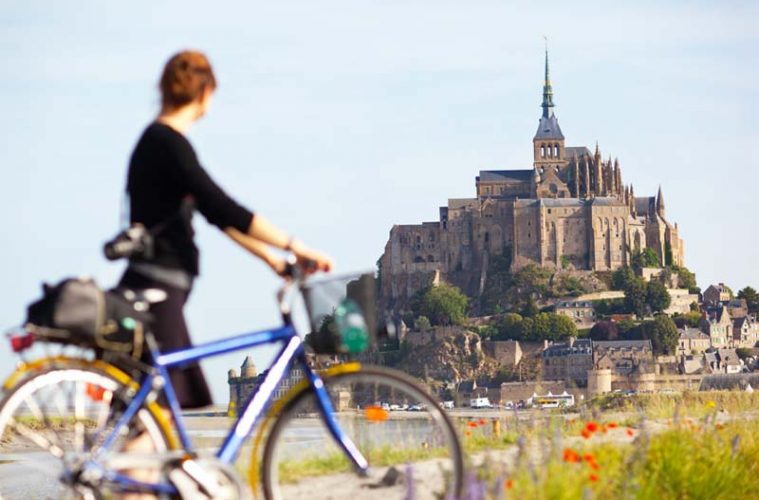 The behavior of the French

The French enjoy everything; From food, long walks, sightseeing with friends, spending a quiet afternoon even alone with music and …. If you visit France, you will always find them in a garden, museum, historic castles, parks and river banks, and many interesting, spectacular and relaxing things, if they are not busy. However, there is one thing to hear about the French, especially the people of the south, and that is their crazy driving. Be very careful that you and your children do not hit you at that high speed.
* It is not bad to know: the French will not hug you and do not be surprised about this. Instead of meeting you, they only need two kisses on your cheek !! In addition, it is good to know that many, many people are polite and courteous. Do not be shocked when you enter a restaurant; Because not only the restaurant manager himself, but also the waiters and sometimes even his customers will call you “Madame Bonjour or Monsieur Bonjour”. If you get lost, do not be afraid at all. They will help you find your destination and regain your composure! 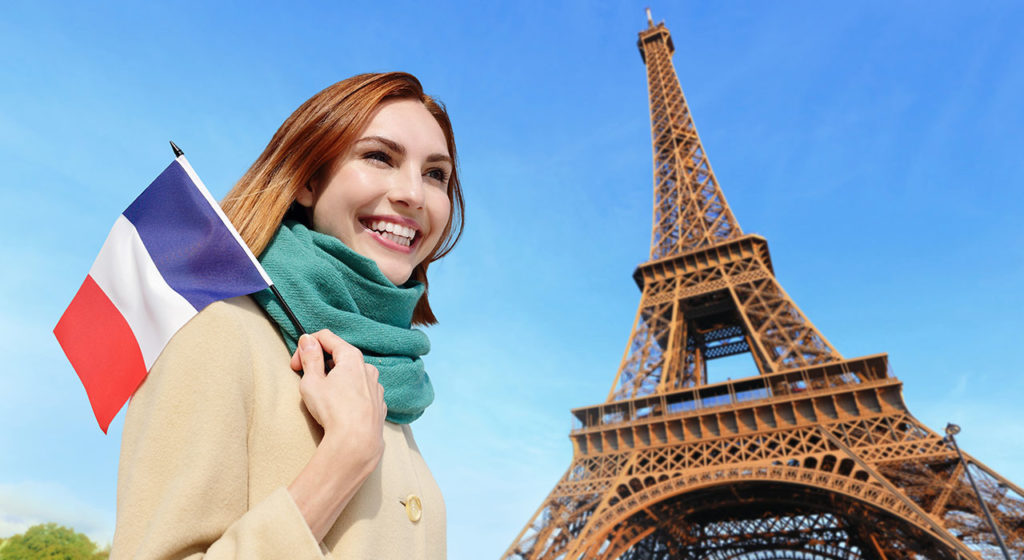 Click to see full information about studying in France.

Click to see complete information about registering a company in France.