The currency of Russia is the ruble.

The capital of Russia

The capital of Russia: Moscow

Russia, a vast country that has conquered the north of Asia and the east of Europe. The country is so wide that it faces the Baltic Sea from the west and joins the Pacific Ocean from the east. Russia also borders the North Pole to the north and borders the Black Sea and Kazakhstan to the south. Most of this land lacks a suitable soil and climate. In addition, the country has a very cold and dry climate. When people in other parts of the world think of Russia, sometimes they may only imagine its vast, frozen tundra. While this is not all Russia. The country has taiga, different plants and steppes. It is also home to Mount Elbrus, Europe’s highest peak, and Lake Baikal, the world’s deepest lake. It is estimated that about one-fifth of the world’s freshwater is located in the lake. In addition, we should not forget the Kombalni volcano, which erupted in 2017, after almost two hundred and fifty years of blackouts and dormancy, and caused a huge eruption. The volcano had such thick smoke that it could be clearly seen from space and beyond. 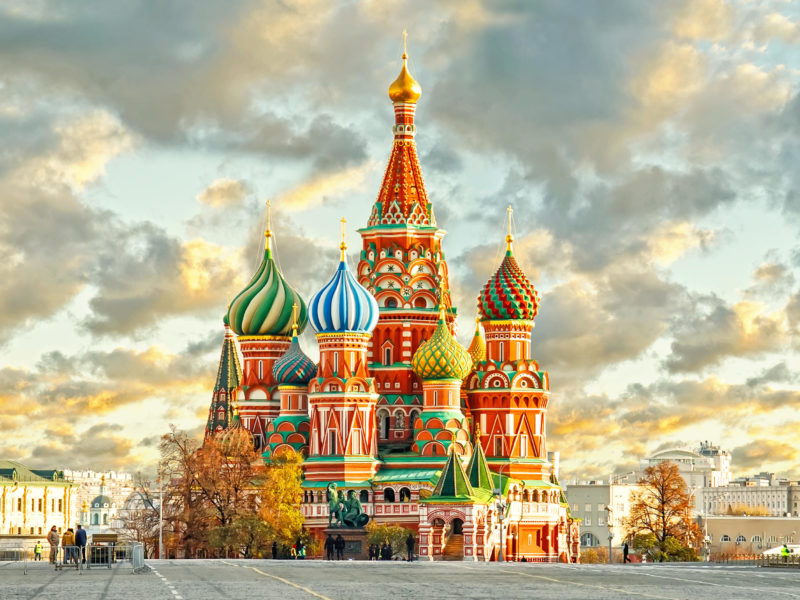 The vast country of Russia has a rich and long culture. A culture that has left its mark on various parts of the earth’s history. علاقمندان به روسیه میتوانند فرهنگ آن را سرشار از ادبیات، رقص، نقاشی و موسیقی کلاسیک بیابند.Those interested in Russia can find its culture rich in literature, dance, painting and classical music. Whereas if you look at this country from the outside, you may reduce its culture to just one drama, it must be said that Russia has a rich illustrated cultural past; Illustrated culture from ancient and colorful folk tales to religious symbols adorned in buildings left over from antiquity!

ادبیات روسیه هم حائز اهمیت است.Russian literature is also important. You can not go to this country but do not look for Leon Tolstoy and Fyodor Dostoevsky. These are considered to be the greats of Russian literature.

There is no need to worry about buying souvenirs from this country. Russian nesting dolls are well-known symbols made in this country. This collection of dolls, known as matryoshka dolls, is made of wooden shapes that can be disassembled to make another smaller version of the same image, often turning into six or more dolls inside each other. be. The painting on each doll is very delicate and designed in detail. Each of the paintings depicts beautiful and charming Russian girls depicted in fairy tales.

از دیگر جلوه های زیبای فرهنگ غنی روسیه معماری منحصر بفرد آن است که در جای جای این سرزمین میتوان به تماشای آن ها نشست.Another beautiful manifestation of Russia’s rich culture is its unique architecture, which can be seen anywhere in the country. The colorful onion domes, which first appeared during the reign of the dreaded porch and are often used on the highest points of churches and their minarets, are just one of the country’s architectural symbols. 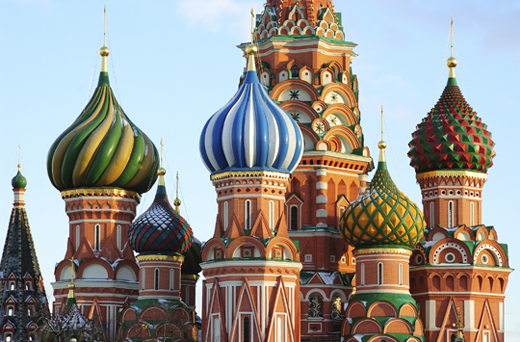 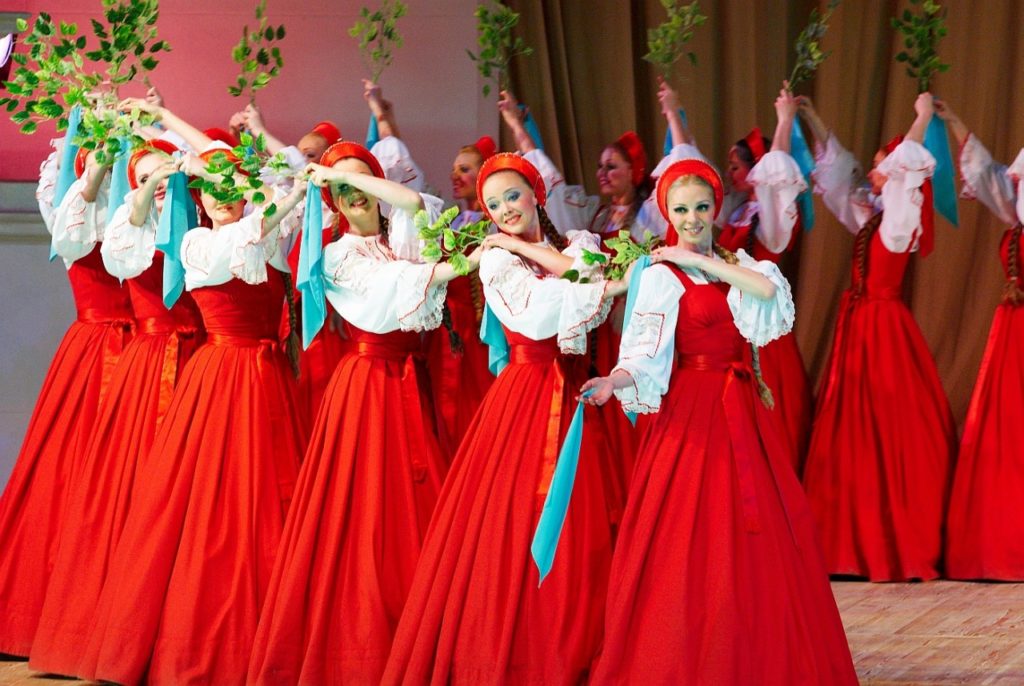 It is very, very natural for any tourist to go for any food or drink on the first visit to any new city or country. Russia is one of the countries that has included famous foods and drinks in its food list. The most famous food in this country is borscht soup, which is made from beets and meat. In addition, you can use the famous Russian donut as well as Bellini and Plumbir as food and dessert. These delicious foods will surely tickle your taste and arouse your curiosity to try the rest of the food and drinks of this country. 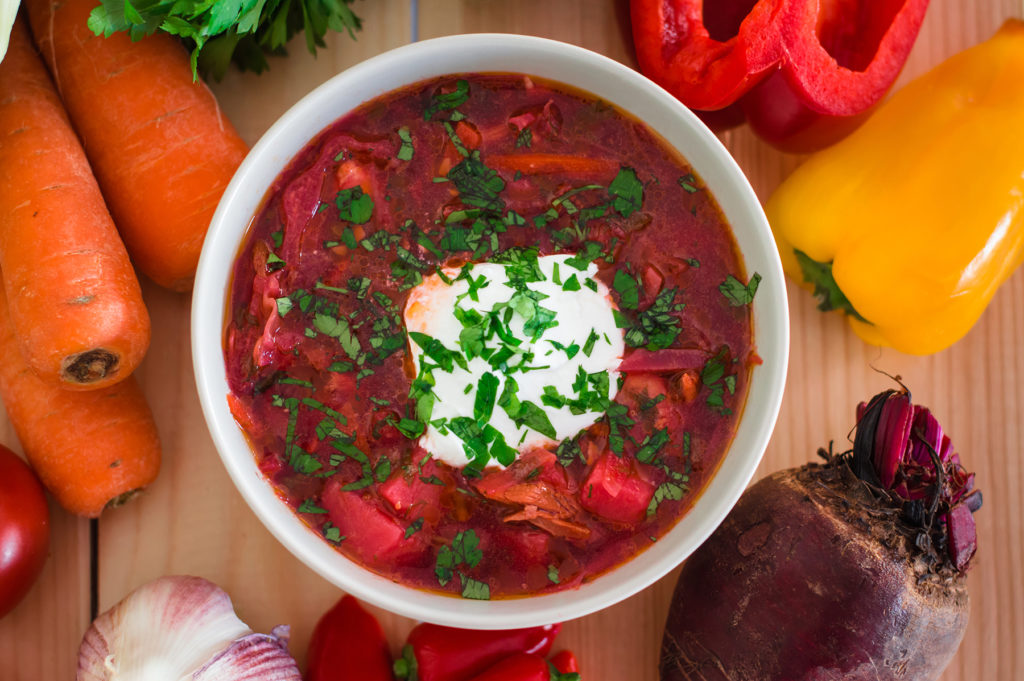 Holidays and popular culture in Russia

Russia has an ancient culture and tradition with folk tales derived from traditional Slavic customs and mysteries. Characters and characters from Russian folk tales are usually colored and reveal their common ancient roots. Baba Yaga, for example, is a witch who, like the old witch, lives in a lonely hut in the forest. A hut resting on chicken legs and surrounded by skulls and bones.
According to the Julian calendar, extracted from the Russian Orthodox Church, Russians celebrate January 7 as the official Christmas holiday, while the rest celebrate December 25.
June 12 is also called Russia Day. This day was originally called Russia’s Independence Day, but was later renamed Russia Day in 2002 at the suggestion of Boris Yeltsin.
Aside from its vastness, Russia has been a ghost for the West and the developed world for decades. 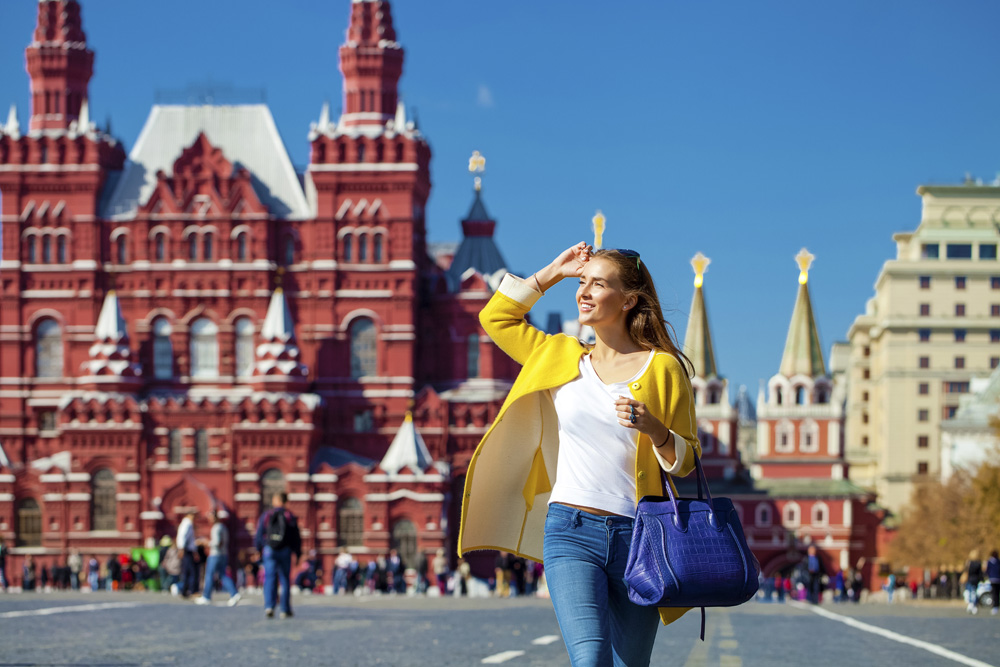 The family has a special place in Russia. The meaning of family in this country is not limited to husband, wife and children. It covers a wide range of people. So when we talk about family in this country, we are actually talking about grandmothers, grandfathers, uncles, uncles, aunts, cousins, nieces and nephews and all those who have a relative and causal relationship with us. This circle actually sees each other always and everywhere and in all parties, and whenever they decide to have a small family party, all of them are included in this party. In fact, Russians cherish their families and are always ready to help their relatives in difficult times and situations. The custom that everyone should love their home and protect their family has been instilled in Russians since childhood. 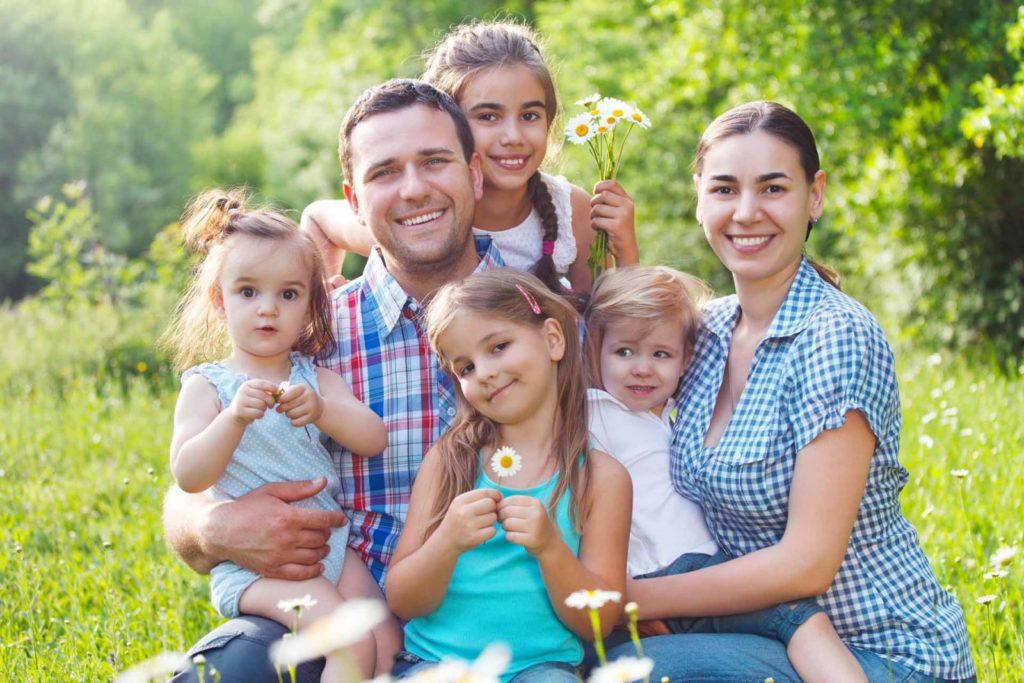 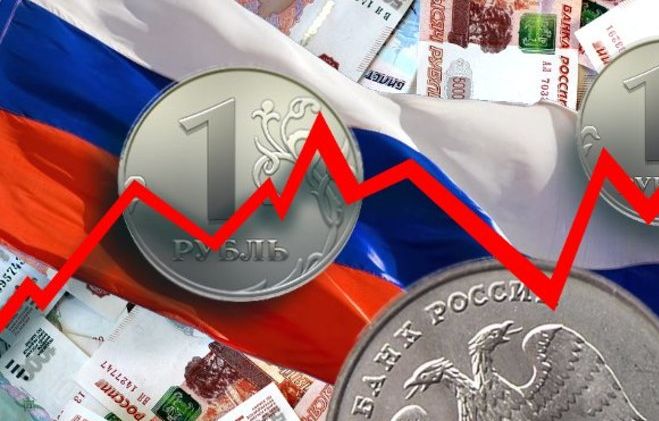 Tourism in Russia has grown significantly since the Soviet era. So that this industry can be divided first into domestic tourism and then into foreign tourism. Enrichment of cultural heritage and natural diversity and the vastness of its climate are the two places that have given tourism to Russia a boom. 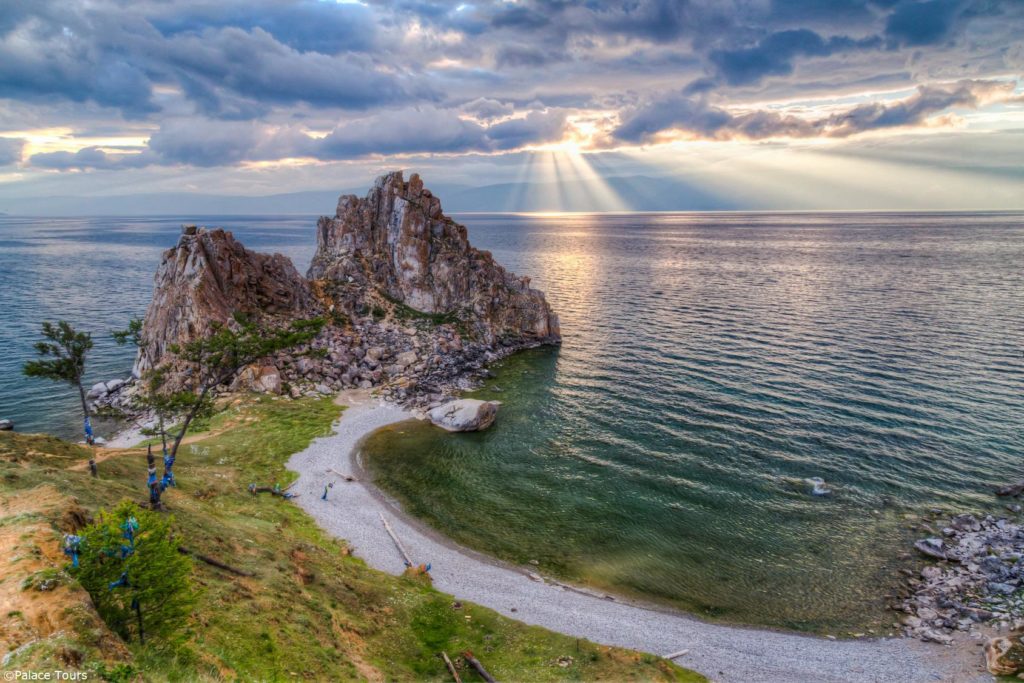 * Summer Palace:
It is one of the first palaces in St. Petersburg, built during the reign of the first Russian emperor, Peter the Great, and was intended for the king to spend the summer. One of the attractive and spectacular features of this magnificent palace is that it is surrounded on three sides by water, which has given the palace more splendor.
* St. Isaac’s Cathedral:
It is one of the largest churches in Russia and belongs to the Orthodox Christian community and is located in St. Petersburg.
* Hermitage State Museum:
This building is one of the oldest museums in Russia, which houses works in the field of Russian art and culture. The works of the Hermitage Museum date back to 1764 and contain a collection of the richest paintings in the world.
* Bolshevik Theater:
The theater is a collection of ballet and opera halls located in Moscow. Built on October 20, 1856, it was renovated in 2002. In fact, the Bolshevik Theater has always been a symbol of this country.
* Red Square:
Red Square is a city square located in Moscow. The square is actually located in the heart of the Kremlin Grand Palace and is called the City Square because it connects the main streets of Moscow to the capital’s highways.
* Moscow river trips:
One of the tourist attractions of Moscow is the city’s river travel entertainment, which is an opportunity to relax and rejuvenate and take photos of the beautiful scenery around.
* Kamchatka Peninsula:
The peninsula is located in one of the farthest parts of eastern Russia. The peninsula has more than 150 volcanoes, at least 29 of which are active and bright. Nineteen of these Kamchatka volcanoes have been inscribed on the UNESCO World Heritage List. 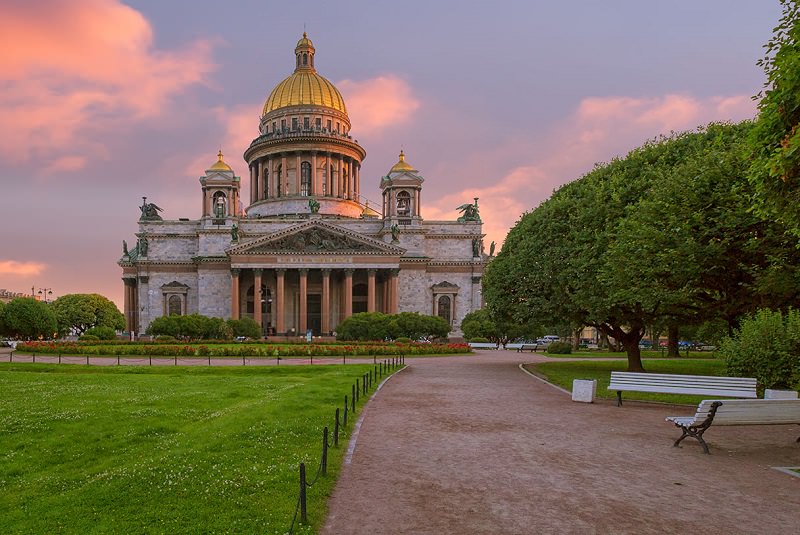 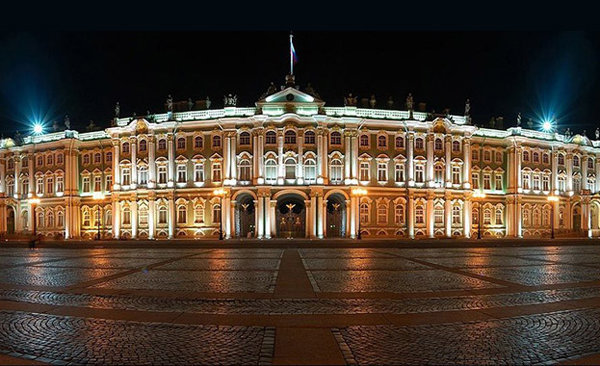 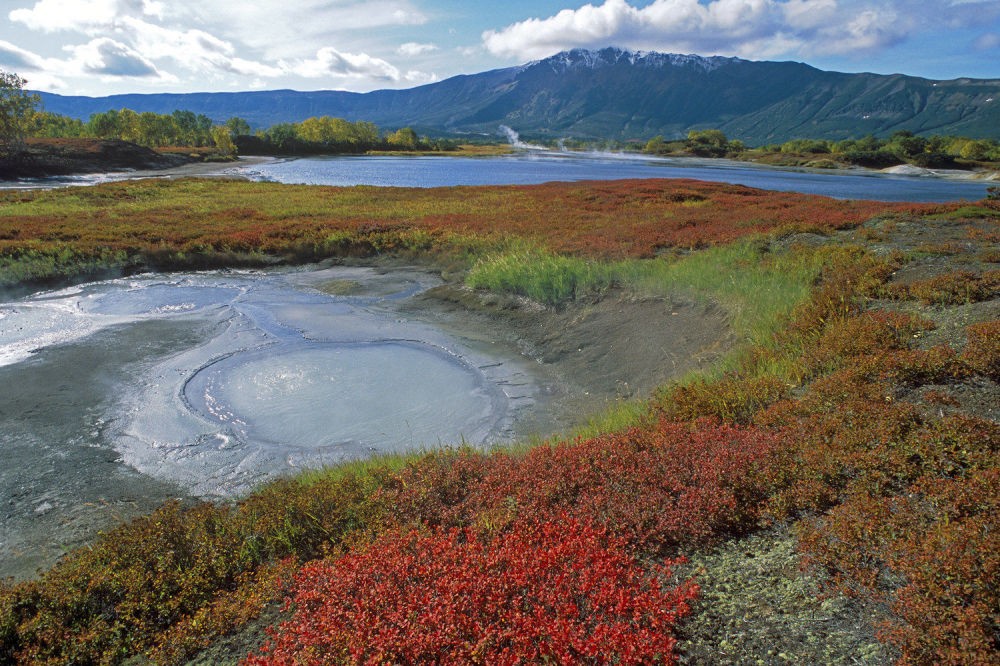 Introducing the city of St. Petersburg

Click to see full information about studying in Russia.

Click to see full information about registering a company in Russia.