Introduction of the Netherlands

The currency of the Netherlands

The currency of the Netherlands is the Euro.

The capital of the Netherlands

The capital of the Netherlands: Amsterdam

The Netherlands, a land in northwestern Europe, is famous for its flat canals, tulip fields, windmills and bike paths. Amsterdam, the capital of the Netherlands, is home to the Rick and Van Gogh Museums. It is also the city where Anne Frank, a Jewish money changer, hid during World War II. The adjoining mansions of the canal and the exquisite works of great artists such as Rembrandt and Vermeer have been left in the city since the Golden Age.
The official name of this country is the Kingdom of the Netherlands. King William Alexander is also its king. To be precise, the Netherlands is the name of two provinces named “Nord-Netherlands” and “Zweid-Netherlands”. However, when we say the Netherlands, we mean the whole of the Netherlands. 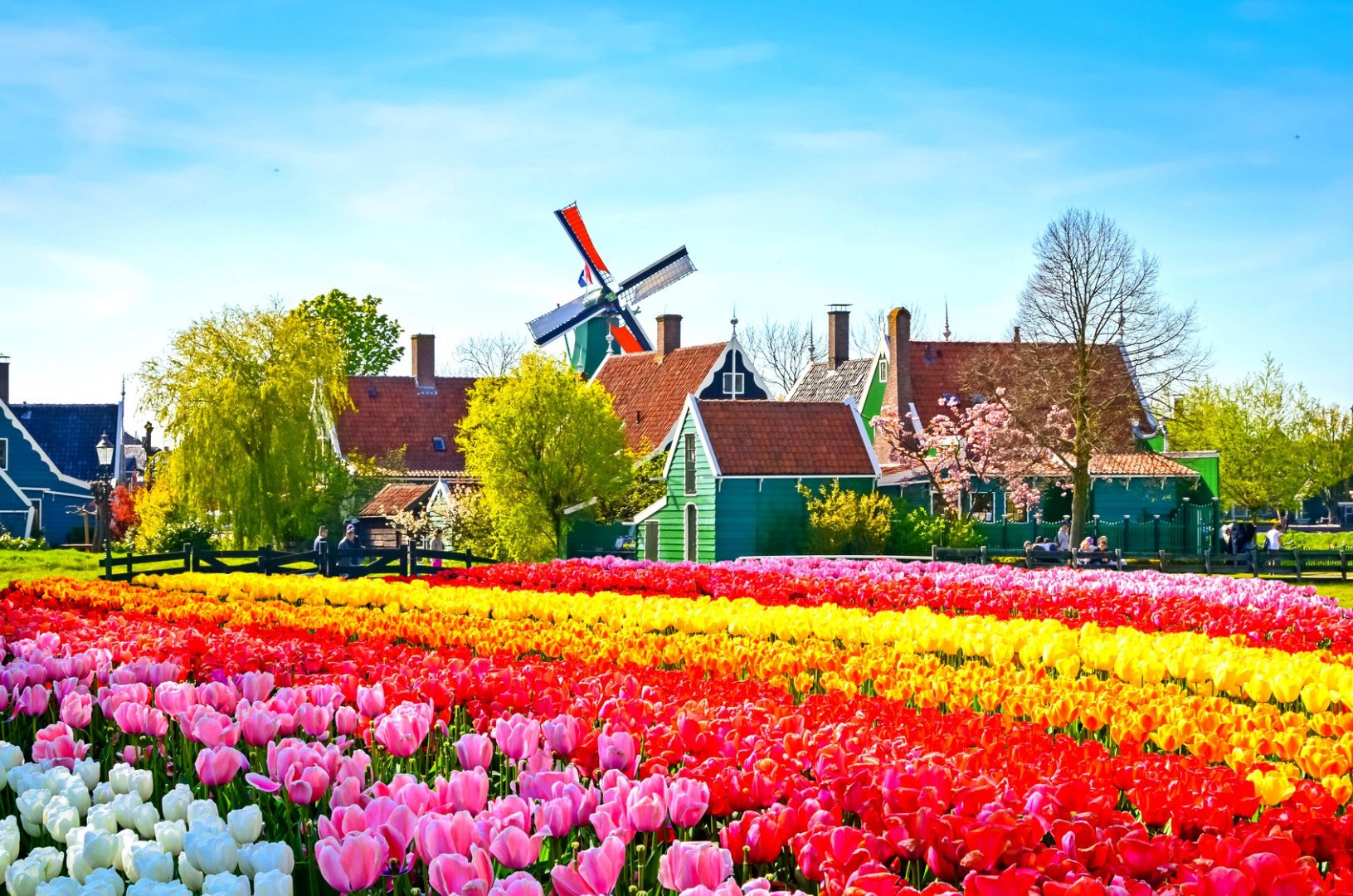 Geography of the Netherlands

The Netherlands is known as the land of the sea and sometimes below sea level. This country is a good place for sports people, especially those who are interested in cycling and walking. Countless natural parks in the Netherlands, each with their own unique features, depict amazing scenery for you. In these parks you can easily discover certain plants and animals. With a long coastline, the country has beautiful beaches. Accordingly, due to the huge volume of water in the Netherlands, the country is always at risk of flooding. In this regard, the Dutch authorities have implemented measures such as Delta Work. Special engineering designs that are worth visiting.

Tourism in the Netherlands

As a rule, whenever you think of the Netherlands, things come to mind in the land of tulips, windmills and cheese. But there are many other things that make the trip to the Netherlands even more valuable. Friesland and Zeeland are amazing destinations for cycling tours. Round Barbados and Gederland are fascinating places to discover art by greats such as Bach, Vincent Van Gogh and other Dutch masters. You can also enjoy a variety of famous local cheeses in Limburg. Cool enough in the Netherlands, ice skating enthusiasts can enjoy the variety of icy roads and trails in the land. 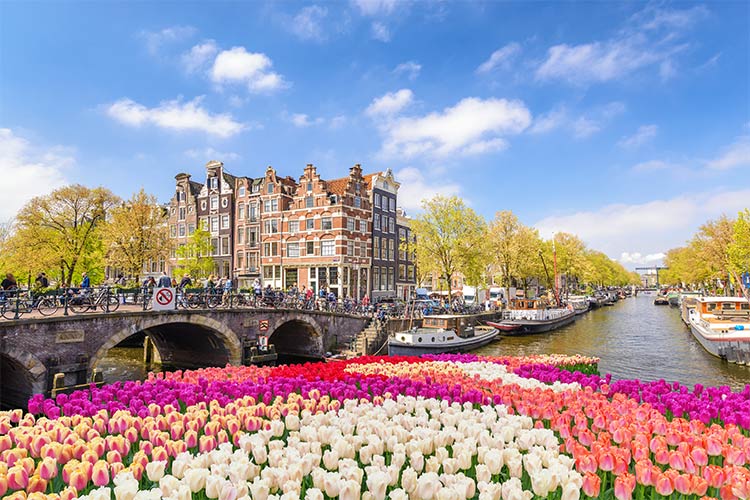 &nbsp;The most famous holidays in the Netherlands are “Sinterklass” and “King’s Day”.تعطیلات در هلند . Cinterclass is celebrated in December and Paldin presents gifts to their good kids that day. But King’s Day is the king’s birthday, which is celebrated by the Dutch. It is a national day for the Dutch, celebrated in the streets with merry-go-rounds accompanied by music and dancing. 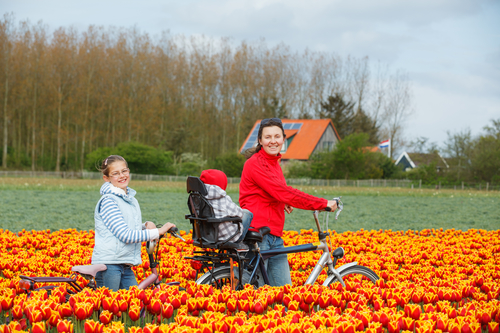 Seasons of the Netherlands

The Netherlands is spectacular in all its seasons. Each season has its own moods and characteristics. In the spring, flower bulb fields sprout and invite visitors to visit. In summer, you can enjoy the sun and the sea on the beautiful and captivating beaches of the Netherlands. هلند . The autumn of the Netherlands is a very good time to discover the beauties of this land by cycling on the secluded and colorful roads of this country. Also, this season after a cool bike ride, you can try the delicious deer and venison meal in all the restaurants here. And finally, you will find the Dutch winters very cozy and pleasant. 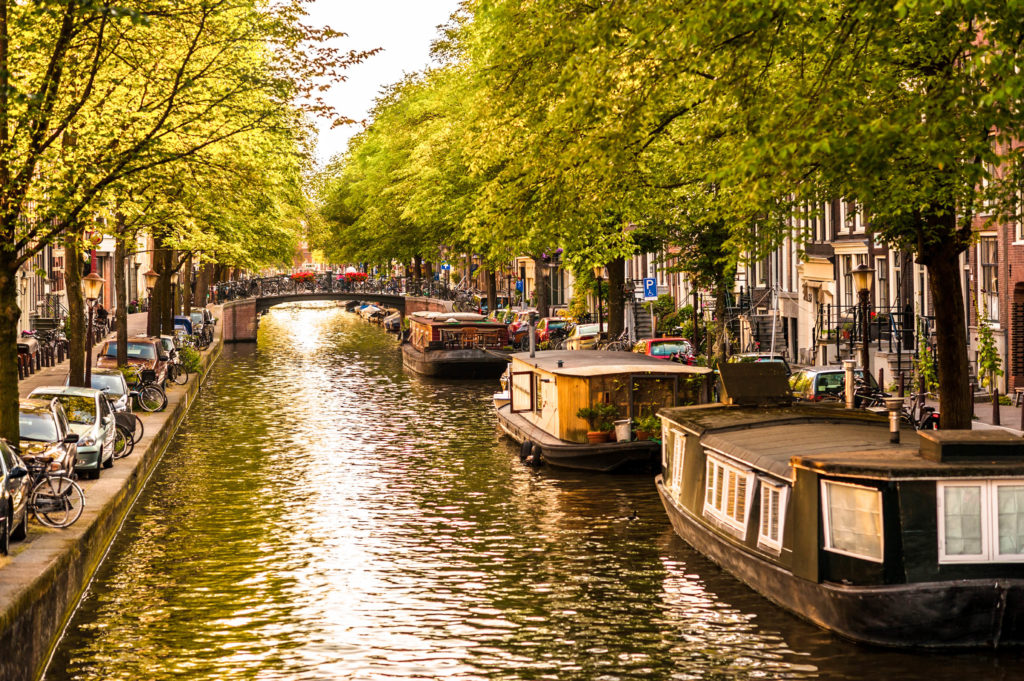 The sights of the Netherlands

The Hague is the political heart of the Netherlands and the royal city of this country. The Hague is one of the most spectacular coastal cities in the country, which attracts many tourists every year due to its historical monuments and archeological sites, as well as its special location near the North Sea coastline.

This city is located in the heart of the Netherlands and is one of the oldest cities in the country.

Maastricht has everything; From modern art to thousands of tunnels!

Rotterdam is a young and dynamic city, with a global port that welcomes ships from all over the world. The beautiful city of Rotterdam is internationally renowned for its magnificent architecture and new designs.

You will undoubtedly find Amsterdam one of the shining jewels of continental Europe; Of course, not only because of the stunning 17th century canals. 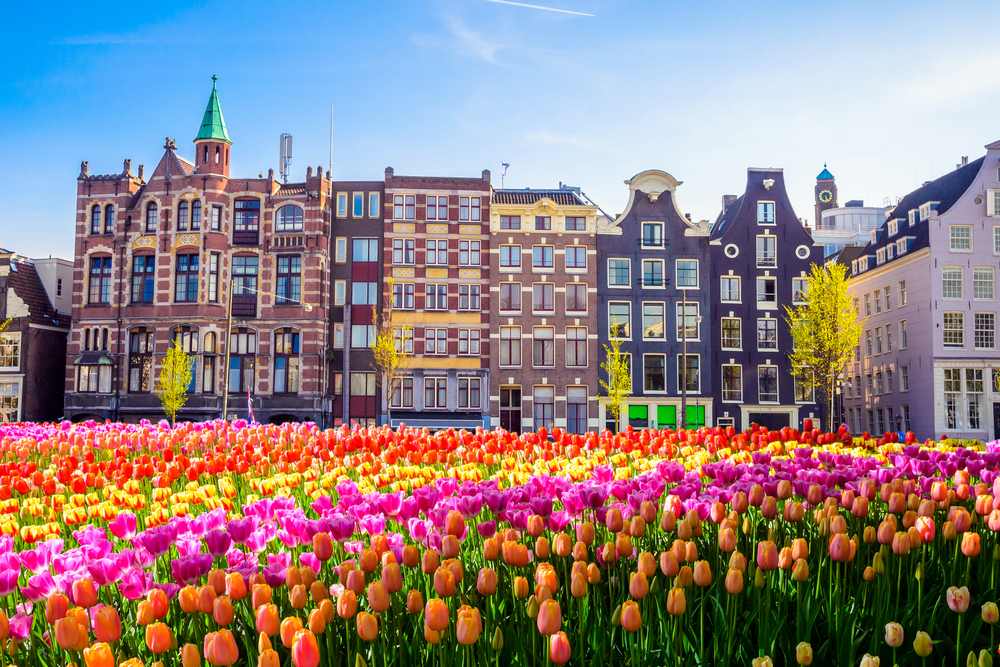 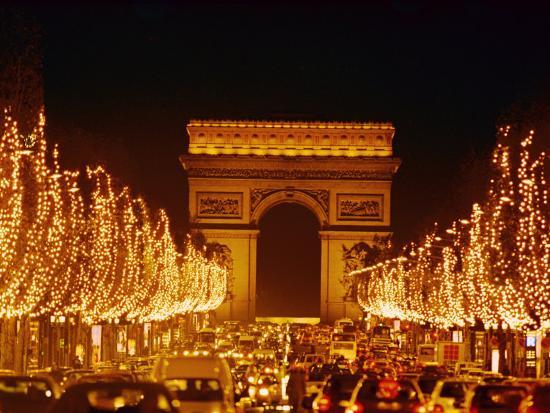 Geography and climate of the Netherlands

The Netherlands is a country best known for its very low geography and sea level. In other words, it is better to say that more than half of the country’s land is below sea level, and it is the dams and dams that prevent floods from hitting the ground. There are also a number of low hills in the Netherlands that are no more than 2,000 feet high.
The climate of the Netherlands is temperate and is most affected by its maritime position. As a result, it has cool summers and mild winters. In Amsterdam, you will experience January with an average temperature of half a degree Celsius and August with a maximum temperature of 21 degrees Celsius.
Moroccans, Surinamese and Turks make up the minority population in the Netherlands.
Amsterdam, Rotterdam, The Hague, Utrecht and Eindhoven are some of the major cities in the Netherlands. 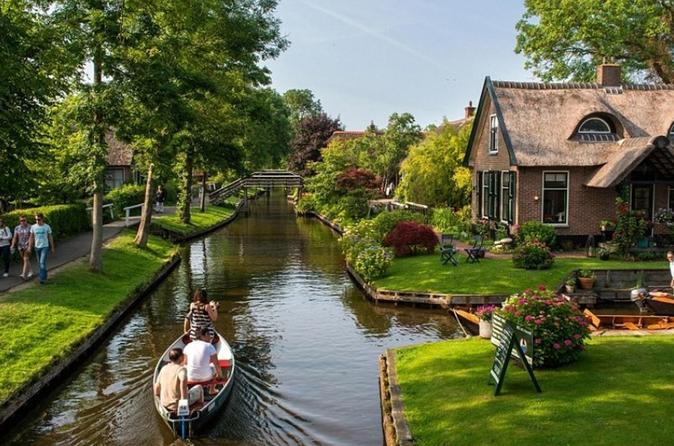 Dutch cuisine is traditionally simple and is mostly a combination of vegetables with a bit of meat. Their breakfast and lunch are served with bread and cheese on top of the menu. Dinner, on the other hand, is mostly made with meat and potatoes and supplements such as seasonal vegetables. During the twentieth century, Dutch food and diet have undergone many changes. Today, children eat their breakfast in the morning before going to school with two layers of toast, one soaked in a layer of chocolate and the other covered with cheese with a glass of milk or a cup of tea. 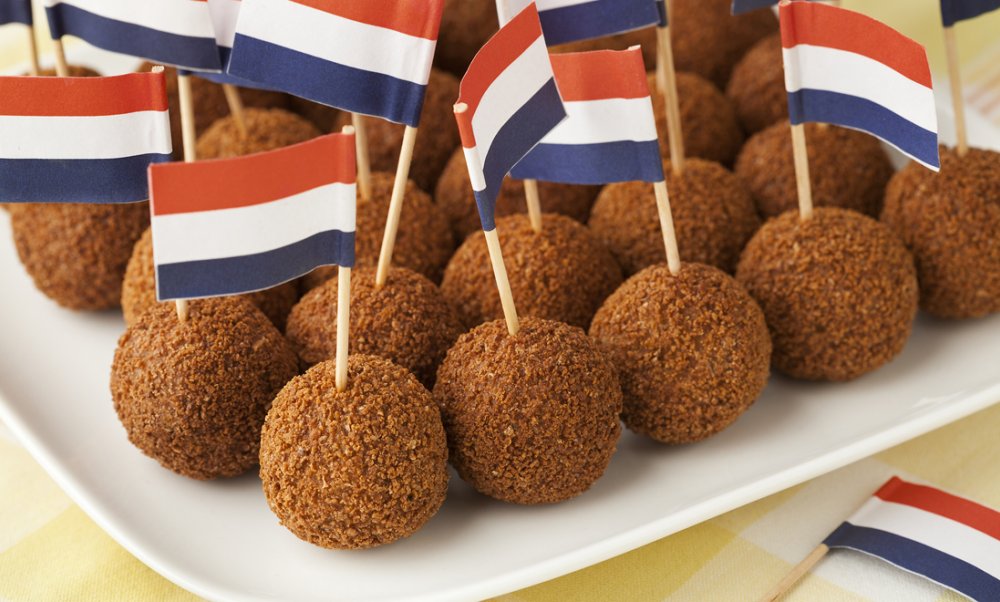 Ethics of eating in the Dutch

هلند In general, eating is relatively formal in the Netherlands. Table manners are completely indigenous; This means that you will see the fork in the left hand and the knife in the right hand next to their plate.
Stay standing until you are invited to sit down! You may be assigned a special chair to sit in, of course, as a man; But in any case, you wait for all the ladies in the hall to sit in their seats first.
If you have not finished your meal, put the knife and fork in the middle of the plate so that the fork is on the knife !! Also keep in mind that you should not start the meal until the host has started eating.
You have to finish everything on your plate; Leaving food on a plate and getting up is very offensive to the Dutch. 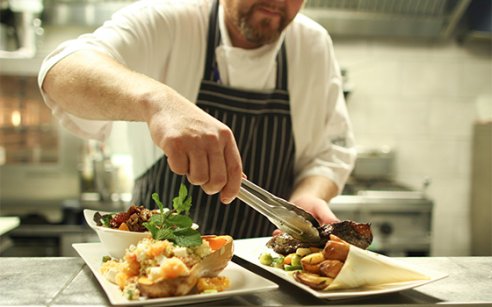 Society and culture in the Netherlands

The Dutch consider visiting the family to be one of the foundations of the structure of their society.
In the Netherlands, families tend to shrink, with one to two children.
Compared to other cultures, relatively few women in the Netherlands are willing to work full time outside the home. This allows mothers to spend more time at home with their children.

Maintaining appearance is important for the Dutch.
They are polite and conservative and pay close attention to detail.
The Dutch find themselves busy and active, well-organized, and sometimes boring.
The Dutch value cleanliness.
They do not believe in displaying their wealth and they hate this act and consider it against the idea of human equality.
The Dutch are never proud of their material achievements and wealth. 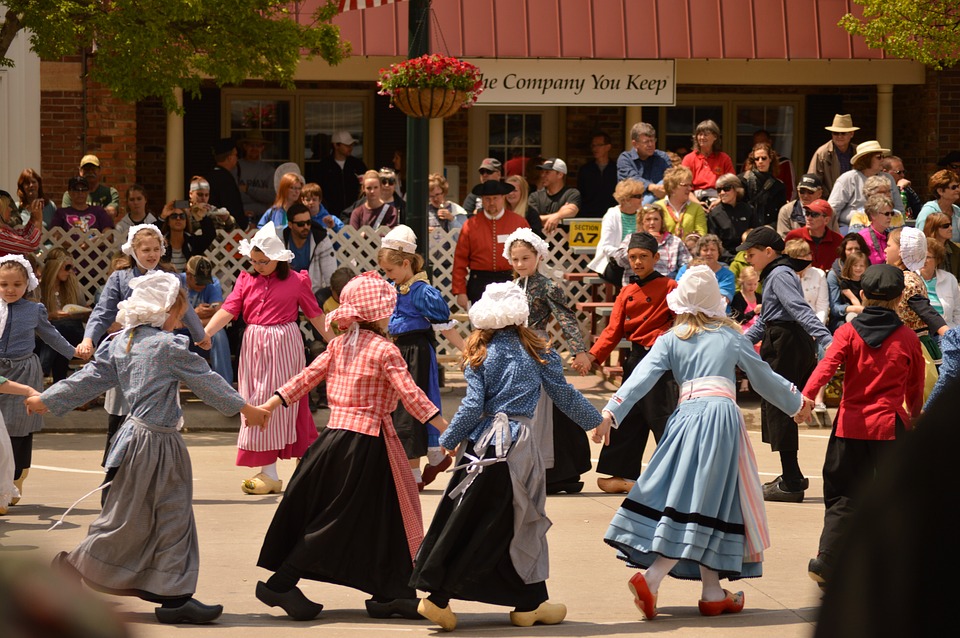 Authoritarianism in the Netherlands

The Dutch are very authoritarian and tolerant of personality differences.

Their children grow up without any gender bias.
Despite the increase in the tax burden on workers, there are no signs of poverty in the Netherlands due to the government’s social programs.
The Dutch theory of egalitarianism and authoritarianism applies to all factories.
Even in the organizational hierarchy, everyone has the right to express their opinion and be heard.
In the Netherlands, the boss is the last decision-maker, and he wants the workers to be involved in decision-making and teamwork.
In general, the Dutch have a lot of respect and value for the individual. 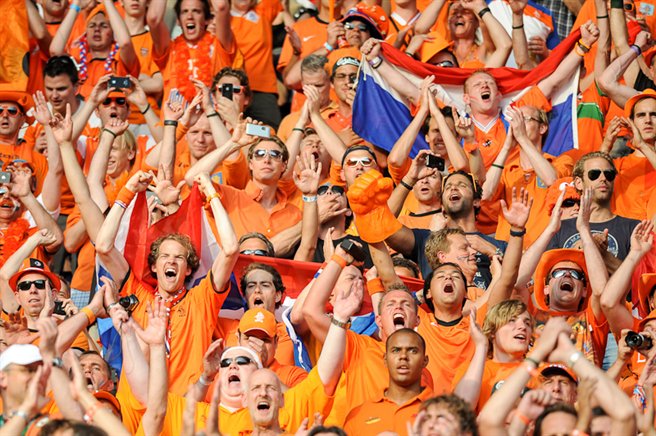 Ethics in the Netherlands

Shaking hands is the most common form of greeting in everyday meetings, albeit with a smile and saying your name.
They kiss with relatives and close friends, three times and initially from the left cheek!
Most Dutch people use the first name in their meetings with close friends and relatives. 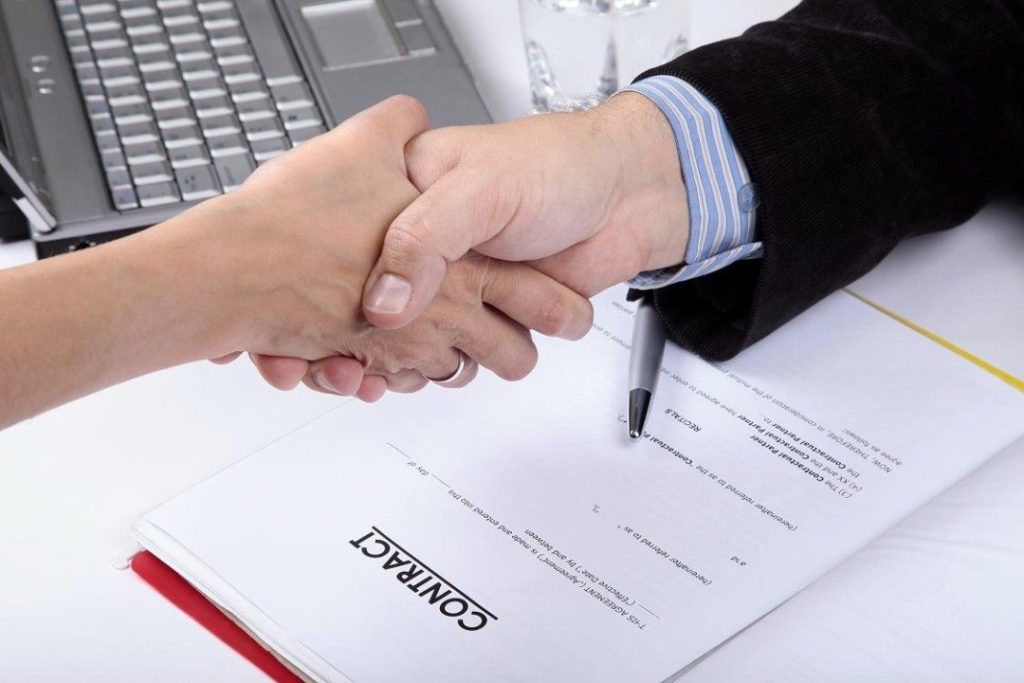 Cost of living in the Netherlands

The cost of living in the Netherlands is relatively high. According to the Mercer Cost of Living Survey, Amsterdam was the 50th most expensive city in the world for immigrants to live in among the 209 cities surveyed. In other Dutch cities, The Hague and Notre Dame were estimated to be cheaper than Amsterdam.

Finding suitable housing is always a problem for immigrants, and the Netherlands is no exception; Especially in its big cities. Cheaper housing prices can only be found in small towns and cities. If you have to choose big cities, it is better to look in the suburbs than in the city center.

Buying a home in the Netherlands is a very complex task that requires the help of an English-speaking real estate agent.

It might be a good idea to know that each employee earns around € 4,520 during the month. However, these monthly salaries vary depending on the type of job. For example, a gardener or farmer expects a monthly income of € 3029 depending on the type of occupation. While a person working in the fields of health, medicine and nursing can hope to earn just over 6,000 euros a month. Accordingly, it can be said that the amount of income and income of people based on their job and profession is consistent with the cost of living and prices in the Dutch market. 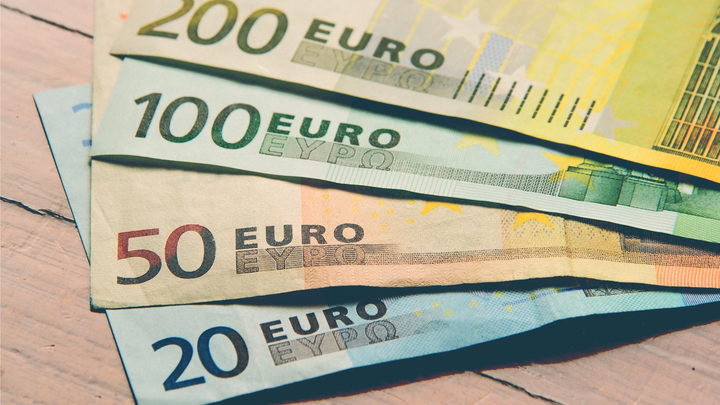 Study in the Netherlands

Click to see full information about studying in the Netherlands.

Company registration in the Netherlands

Click here for full information on registering a company in the Netherlands.

Buy property in the Netherlands