The currency of Greece is the Euro.

The capital of Greece

The capital of Greece: Athens

Greece is an ancient country located in southeastern Europe. It is a mountainous peninsula located on the eastern side of the Mediterranean Sea. The country, which has a total area of one hundred and thirty thousand square kilometers, is surrounded on three sides by water. Due to the large number of islands in the Aegean Sea and the Greek Sea, Greece has the longest coastline in Europe and the fifth longest coastline in the world. In fact, the specific geography of this country has had the greatest impact on the development of this country. Although the country’s historic mountain range has somewhat limited internal communication, the sea has drawn wider horizons for the country and its people. Greece has more than 2,000 islands, about 170 of which are almost inhabited. It is located between the three continents of Asia, Europe and Africa. کشوریونان Its border with other countries stretches only from north to northeast, which has bordered Greece with countries such as Albania, Bulgaria and Turkey. ترکیه . 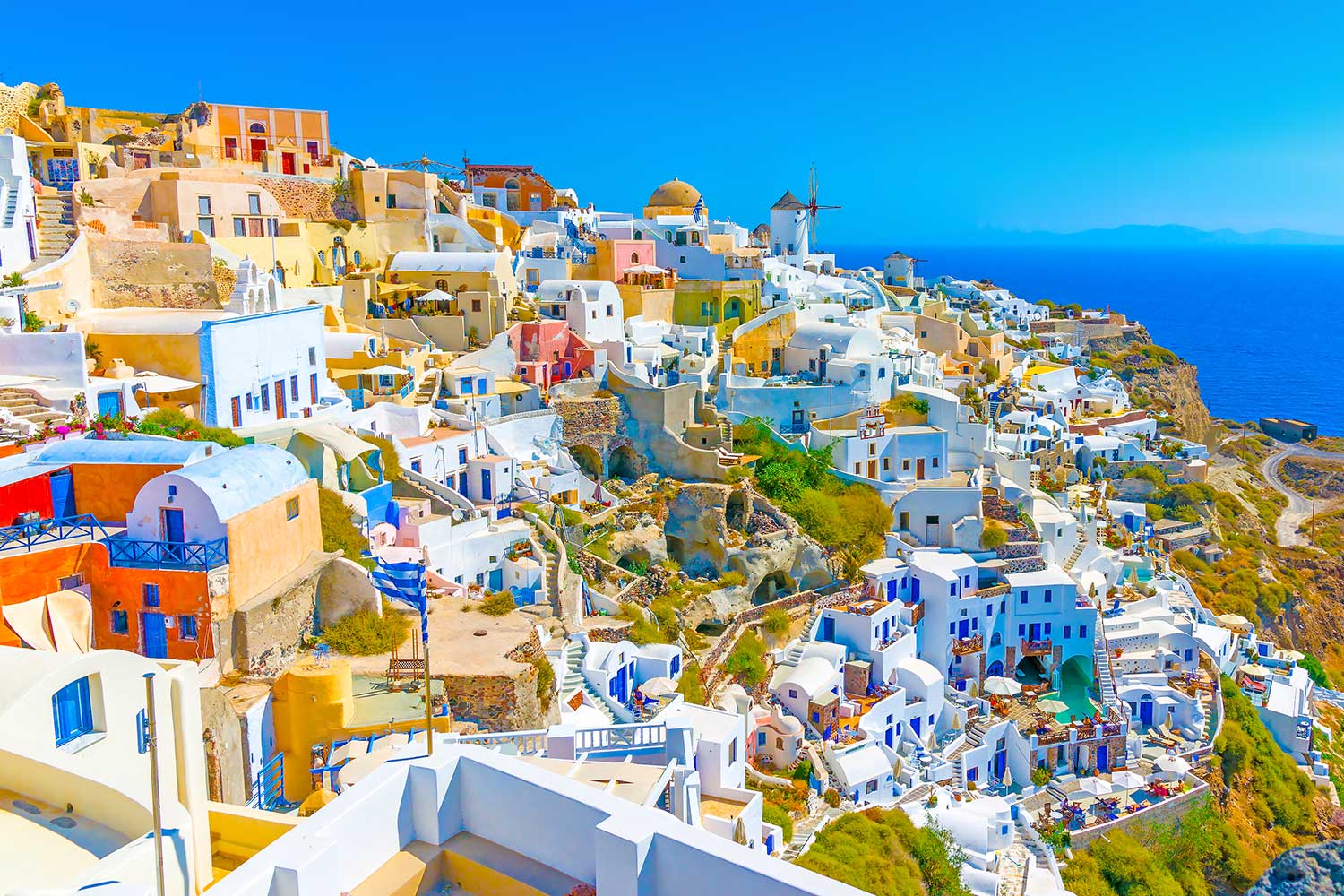 The country’s Mediterranean climate is subject to a variety of regional and local changes based on its climate diversity. کشوریونان،
In winter, the belt of low-pressure air masses moving from the North Atlantic to the south changes, bringing with it hot, humid winds. In summer, when the low-pressure air belt changes position again, the weather gets hot and dry almost everywhere. The average temperature in July is 27 degrees Celsius at sea level. 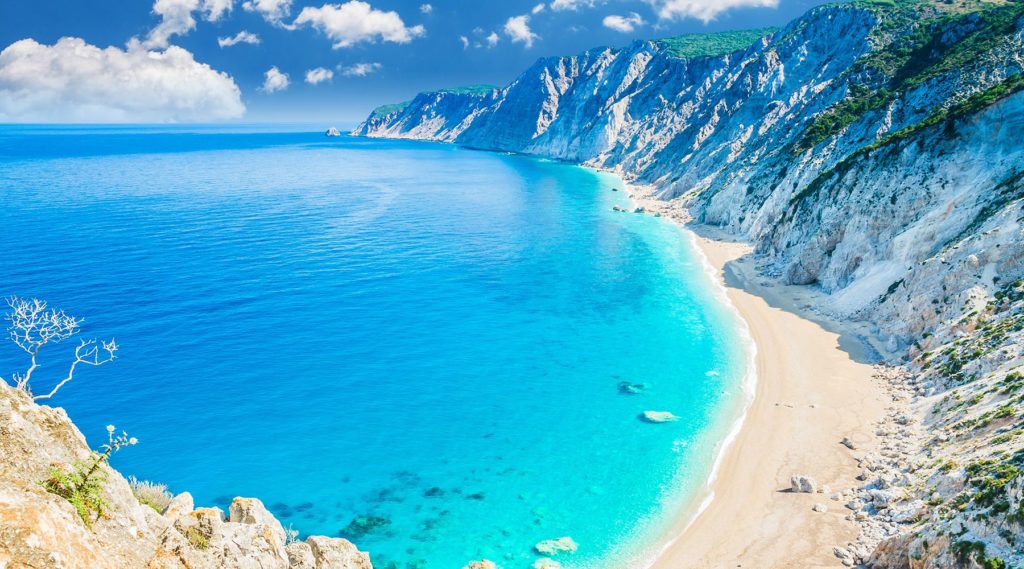 Like other Balkan countries, the plant life of this country has been affected by many environmental factors. Comparing the subtle and unique vegetation of this country in comparison with the lands from north to south, local settlements, eight to nine thousand years of human life in this land and land use, should be a product of the climatic effects of the heights and the presence of water around this The country knew. In the mountainous slopes of this country, you can see a variety of vegetation from Central Europe, which is common in the northern part of the country. Central and southern Greece and the narrow belt of its mountain valleys are covered with a variety of plants. In addition, a variety of olive, juniper and oak trees are among the various plants of this land.
The country’s forested areas, especially in its northern regions, are home to a variety of European mammals such as feral cats, martens, brown bears, deer and sometimes wolves, wild boars and lynx. 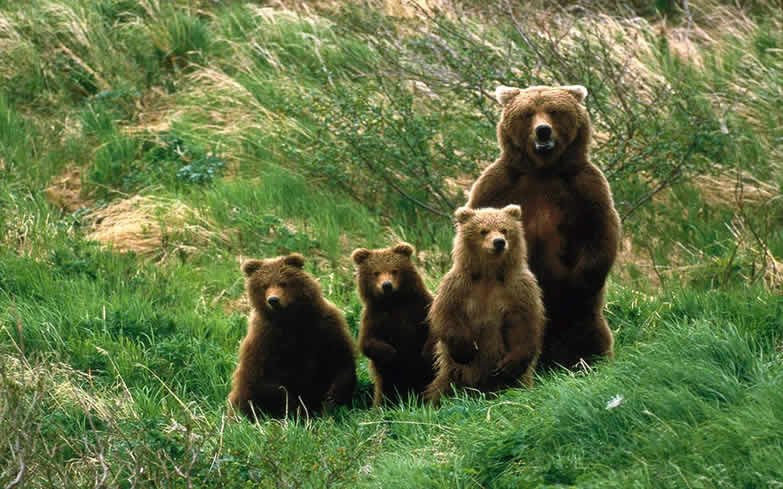 Ethnicities in the country

The population of Greece, especially in its northern parts, is characterized by enduring characteristics such as ethnicity, religion and linguistic diversity. Immigration, invasions, empire conquests, and wars in the twentieth century have all played a significant role in the cultural diversity of Greece. These characteristics have continued to this day and to modern Greek society and have shaped the formation of a new generation of Greeks. This influence is such that despite the Ottoman rule and long-term influence over the land, it can be said that almost the entire population of the country belongs to its church, the Greek Orthodox Church.
If you want to search the Greek way of life, it is better to know that the Greeks summarize their life in family, church, traditions and patriotism and focus more on the points mentioned above. Greece often celebrates all its national religious anniversaries. The Greeks are very patriotic; Because they have gone through many wars and invasions on their country and have set successful laws for themselves. The Greeks accepted their culture as life and loved it as their soul.
Ancient Greek art is usually divided into four periods in terms of style: Geometric, ancient, classical and Hellenistic. Beautiful Greek artwork and structures can be found in forms such as architecture, statue making, jewelry making, painting, and pottery. 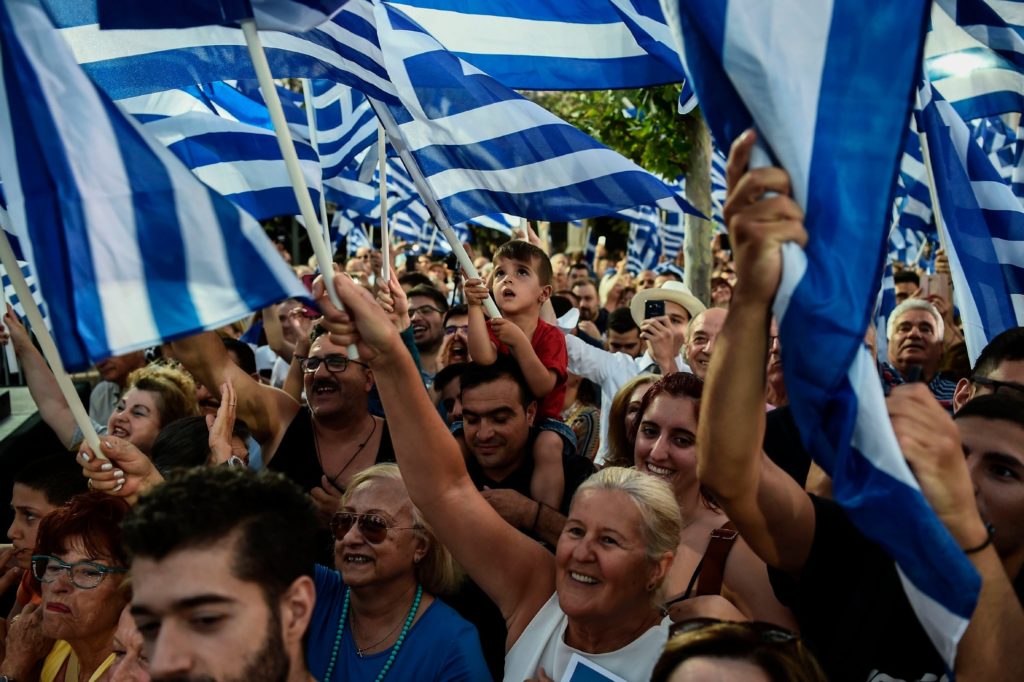 * Acropolis:
The Acropolis is one of the most important symbols of the country, located in Athens. The Acropolis is a rocky hill located in the heart of modern and developed Athens, crowned by three magnificent temples dating back to the 5th century BC.
* Acropolis Museum:
This spectacular museum is located in Athens. This museum is one of the spectacular attractions of Greece, which attracts many tourists from all over the world every year. The objects in this museum all belong to amazing historical periods that can fascinate history lovers.
* Santorini:
Santorini is one of the most beautiful and dramatic islands in Greece that we recommend to all tourists. Tourists can be sure that they can have interesting activities and fun on the island. From walking on beautiful beaches to enjoying the best and most delicious food and drinks and living in the luxurious and spectacular buildings of the island.
* Delphi:
Delphi is an important part of Greece, a UNESCO World Heritage Site. یونان . This building and its open environment dates back to the eighth century BC, which refers to the existence of this great civilization of this country. 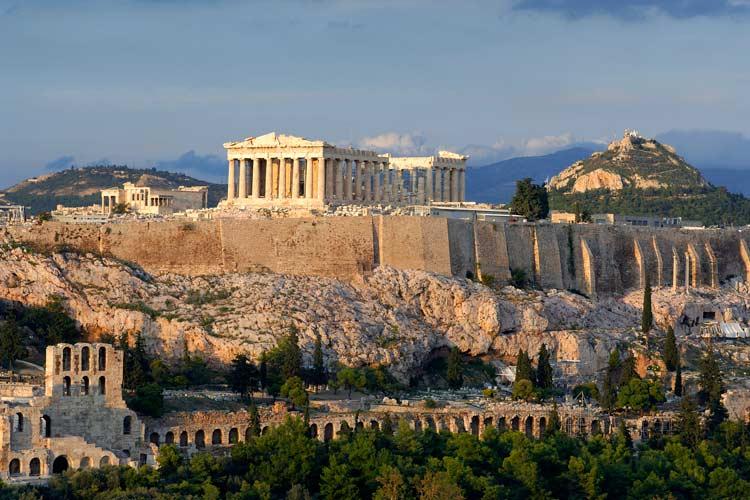 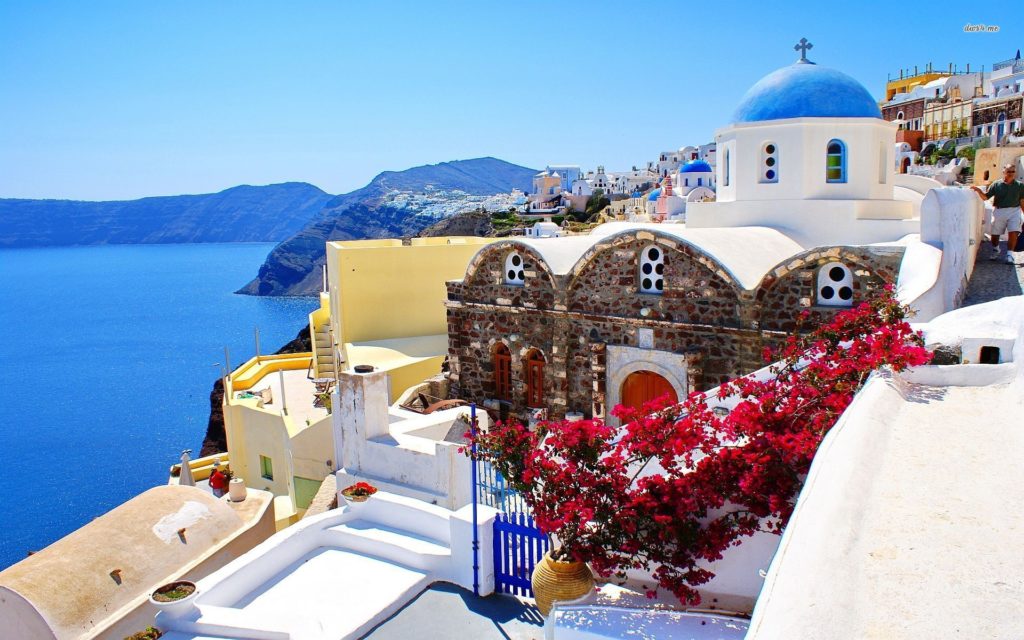 Health and well-being in the country

In 1980, the Greek government established the National Health and Care Organization. Since then, many Greek doctors have been sent abroad to receive modern training abroad and to establish large hospitals in the country in accordance with international and modern standards. However, Greeks are often financially strong enough to travel abroad for medical care if they wish. The Drionan pension system is very complex. Workers and employees are all covered by the Social Insurance Agency and the programs of the Agricultural Insurance Agency. 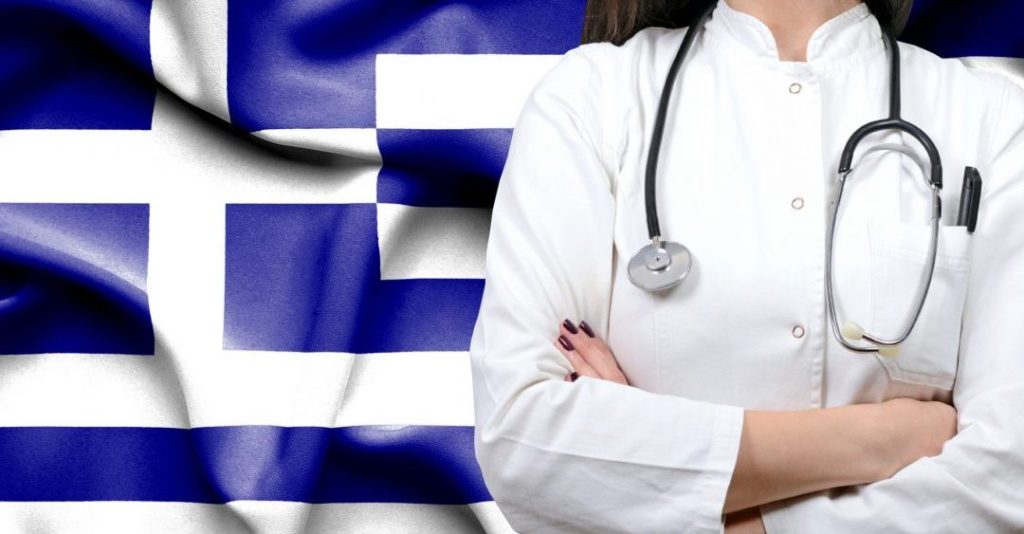 New housing construction accelerated in Greece in the late twentieth century, especially in its major cities. مسکن در یونان . Since then, the urban areas of the country have been decorated with apartment buildings. In total, almost half of the habitable units in the country appeared in apartment form in the early 21st century. 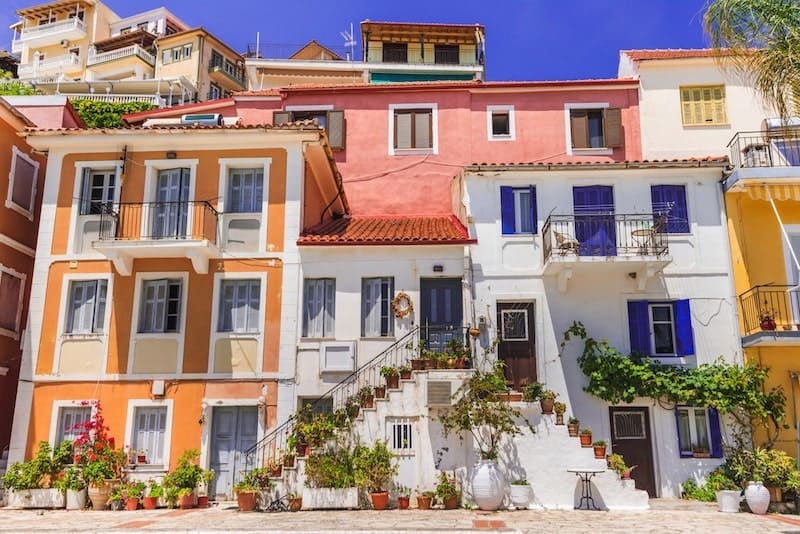 Life and cultural environment of Greece

In the hot Greek summers, people are more inclined to live outside their homes. The ancient tradition of Valletta is still practiced in the cities and villages of the country. A tradition during which people wander around the main streets of the city and their place of residence around sunset, or wander and walk on the islands on the seashore. In summer and winter, people spend most of their free time in cafes and coffee shops. 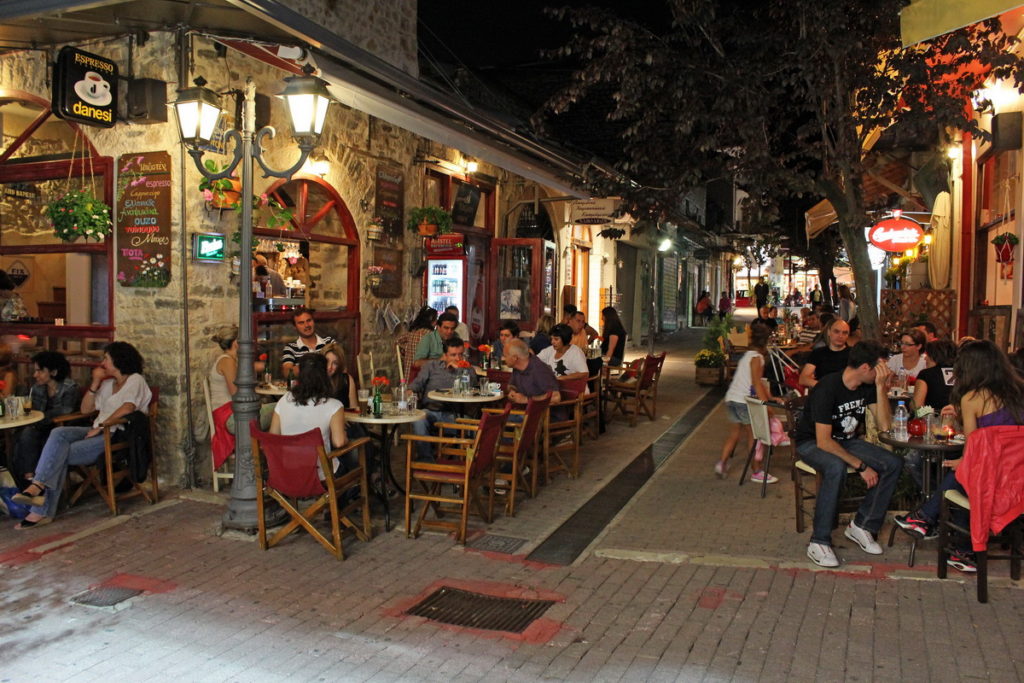 Greek cuisine They largely go back to the traditions and cooking customs of the Ottoman period and can now be seen to be similar to Turkish food and cuisine. An example is their baklava. Also, the traditional and healthy diet of the peasants of this country should be reminded that in general, it is based on vegetables, fruits, olives, olive oil, cheese, bread and seafood, and meat is only a luxury food that is only available in It is eaten on special occasions. With the growing population in this country, meat has gradually gained an important place in the Greek diet and fast food with the same fast food has become popular in the cities. Perhaps this is the reason for the gradual spread of heart disease in Greek cities. Increased.
The Greek government has provided a range of social services, including a quasi-global health care system, an education system, a pension system and economic benefits, especially for the unemployed, the disabled and families. 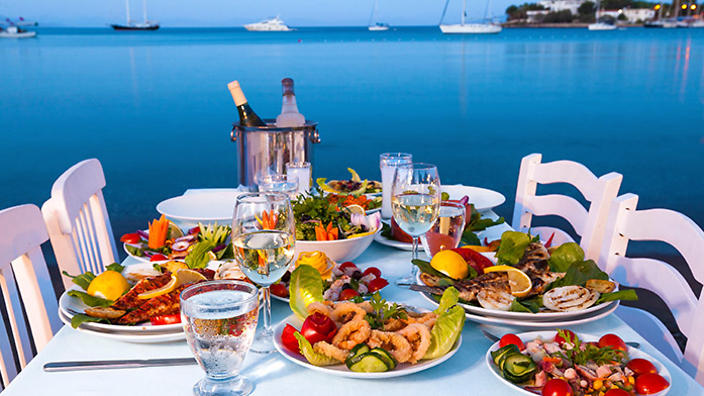 Seafarers’ salaries range from € 385 to € 12,595 depending on the type of job and the number of years of service and the type of skills and expertise that individuals have. We should know that according to the received reports, the salary has increased in 2019 in Greece.
Since 2010, the country has been covered by a long-term financial adjustment plan set by the International Monetary Fund, the European Commission and the European Central Bank. Fundamental amendments to the Greek labor law have been made, such as the terms of loans, collateral and the regulation of the labor market due to the financial crisis.
In terms of quality of life, it can be said that today Greece is ranked above average in matters such as work, life, health and well-being. But in terms of income and wages, it is somewhat below the average of other developed European countries. However, it can be acknowledged that Greece is known as a rich country and has the potential for greater economic growth.
Greece is known as a safe country in Europe where crime is rare and can be a quiet and pleasant place to live and have fun. In the European Union, this country has been introduced as the country with the lowest cost of living; However, large cities such as its capital, Athens, have a higher cost of living than elsewhere. 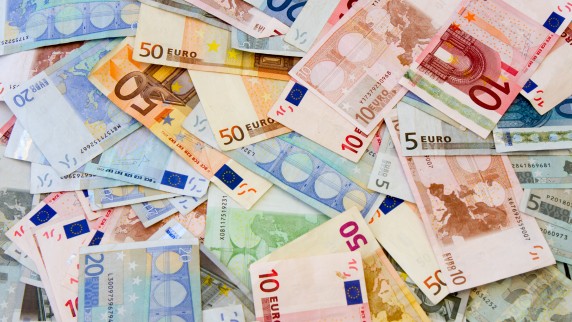 Click to see full information about studying in Greece.

Click here for full information on registering a company in Greece.